We first met Ruth Croft, during a training run for what must have been one of her earlier 50k trail races in Taiwan hosted by Action Asia. She was already becoming a local legend and ended up dominating that race, I remember seeing her at the same checkpoint as me, although it was one of those loop-CPs you run through twice, I was there for the first time and she was ready to leave it for the 2nd time and bring it home with a new course record.

These days we get to follow Ruth’s awesome adventures from afar. It seems that whether it’s Europe’s top event or the most competitive trail event in the US, badass performances are piling up. We were glad when she agreed to do a quick email interview so we could catch up and update the Taiwan community and the larger community of runners on what’s new. 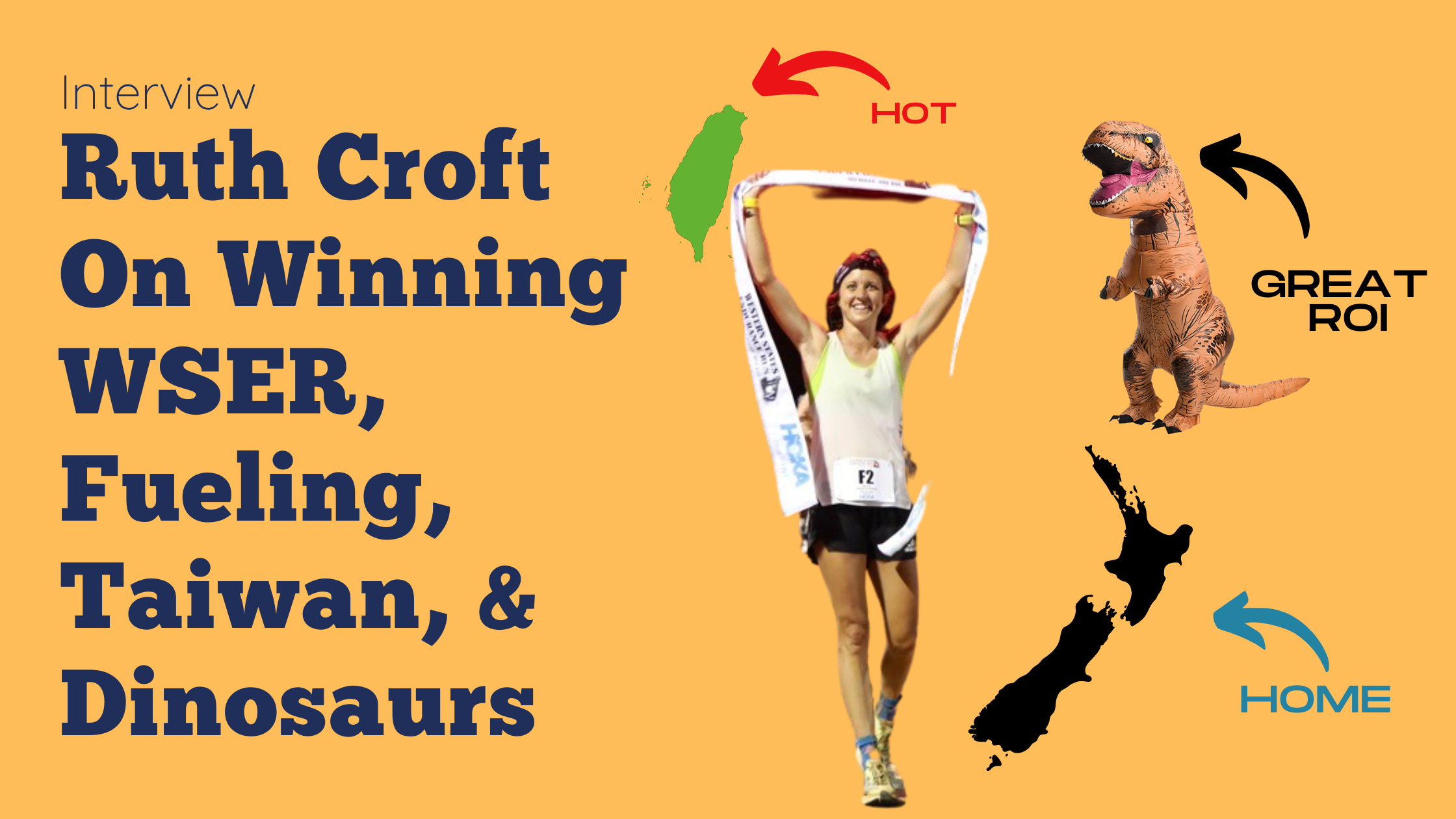 Q. As another crazy hot summer just ended in Taiwan, I have to ask. Do you miss Taiwan summers? Do you think it was beneficial to train in the Taiwan heat back in the days?

Haha, when I think of Taiwan and summer it does not bring back fond running memories unless I think of central Taiwan and the high mountains..then it’s a different story.

I believe running in Taiwan summers is definitely character building and can be utilised as a way to gain some mental toughness. Training in oppressive heat for a short period of time can be manageable, but doing a full summer I never found the most beneficial. It is a greater stress on the body, which means you can’t do the same volume or quality training that you can say do in the winter. You just have to be a lot more aware and careful that you are not depleting your body more. Adjustments to training definitely need to be made.

Q. It seems that every time we get a Ruth update this year, you’re in a different part of the world. Can you share with us how you plan your schedule? What’s still ahead for you in 2022?

I try to stay in NZ for as long as possible before the season starts. Being in NZ I feel a lot more grounded and it is my cup filling time. Then I essentially follow the races. So, this year I did WSER and so I went over to the US two months early. However if I am not racing in the US then I am normally based in Europe for the Northern Hemisphere summer. It also depends on what events my team adidas TERREX have. I will do one final race for 2022 which will be Les Templiers 80km in France at the end of October.

Q. We saw your interview with Bryon on Irunfar after your Western States win, congrats. It seems like there was a lot of behind the scenes drama and challenges in the preparation (everyone should check it out).

Yes, not everything went smoothly heading into WSER. I had an achilles issue, couple of sprained ankles and COVID. But it taught me a lot. It made me really work on my mental approach which normally I have not had to put so much emphasis on if the physical training has gone smoothly. It was also a good reminder that the perfect build up does not exist!

Q. Since we are Runivore, we wanted to focus on your nutrition strategy for the race. Can you tell us how you plan your nutrition for a 100 mile event? And can you share with us the execution, what do you eat – do you rely on CP food or is everything prepared by you and your crew? Any gels or other nutrition products you used during the event? Any issues along the race with regards to fueling?

For 100 miles I aim to get between 70-80 grams of carbs per hour. Realistically it was probably more like 70 grams…For WSER I started with real food for the first 5 hours. The reason being is that it is early in the race, cooler in temps, I was not going fast at this point and so my gut should not be stressed and able to handle real food.

I ate rice balls, mashed potatoes, Macro bars and topped up the extra grams of carbs with GU Energy shot blocks. Since it was cooler my hydration was 500 ml per hour and 400-500 mg of sodium per hour, which was in the form of a mix of salt tabs or Nuun hydration tabs (electrolytes).

From 5 hours onward I switched to gels and liquid nutrition. This was in the form of Maurten Gels and GU Roctane Summit Tea powder. I would alternate between gels one hour and then drinking GU Roctane the following hour. It was also a lot hotter and so fluid consumption increased to 1 liter per hour. Sodium also increased to 800 mg per hour. In the back half of the race I also had Maurten CAF (caffeine) gels.

I was fortunate to have a crew and so I got probably 90% of my nutrition off them. There was also GU Roctane at the aid stations and since I knew that worked for me, I could also rely on that too.

I had no problems with nutrition, and I didn’t last year either. All the years of racing has helped with this, but I also don’t just train with my race nutrition. Most of my long runs I actually use real food. Not only is it more affordable but I believe it is important to have a versatile gut, so if your gels/engineered race nutrition for some reason does not work, you can fall back on real food.

Q. How about post race? What was your first meal after the event? What’s your approach to diet in general to help you stay in top form?

Post race is horrendous for me. As soon as I cross the finish it is like my body shuts down and can’t regulate it’s temperature so well, and I start shaking (this is pretty common). I feel like a shell of a human and always question my motives for doing this to my body, especially when my feet swell up so much that I can’t distinguish my ankles. It normally takes 24hrs for my stomach to settle down after the onslaught of sugar. The first thing I can stomach post race is salty potato chips. I normally crave fries and I think the first meal I had this year was pizza.

In regards to diet, I don’t follow anything in particular. I am not vegan or vegetarian but aim to eat whole foods, plenty of fruit, vege, and good quality meat. The main thing I have changed over the years is how I fuel around training. When I was in Taiwan I used to just get up and run (especially when I had to get up so early to avoid the heat! 😉 ). I now always try to have a little bit of protein such as some Greek yogurt, peanut butter on banana, or a boiled egg. This just helps dampen cortisol which is normally elevated first thing in the morning. Then after training aiming for 30 grams of protein and then a proper meal within 90mins.

Q. What’s up with the dinosaurs? It seems that you’re recently welcomed by them at the end of your races. Have you ever been one of the dinos yourself?

My partner and I dressed up and supported some friends doing a race in NZ. I was the pink panther and he was a red devil, and we saw some other supporters with blow up pig costumes. We decided we needed to invest in those and the Tuesday before WSER I ordered three dinosaurs off Amazon. The plan was that if the race went well they would chase me in on the track. For me that was motivation enough to get to Auburn. Also running 100 miles is pretty crazy and I think it is important to not take it all too seriously…hence the dinos.

Some friends and I got in the dinos and cheered on my adidas TERREX team mates and friends racing UTMB. We have had a lot of laughs from them, and the ROI for these is through the roof 😉 I highly recommend getting some.

The goal is to do UTMB. It’s very daunting… It’s a new event for me and a lot to figure out such as night running, poles, nutrition for over 20+ hours etc – but figuring this all out is what motivates and excites me.

On either FB – Ruth Croft, or IG – ruthcrofty