Pass Every Runner in Sight, (You Know You’ve Played it Too)

On our runs, we have all played this “secret” game called pass every runner in sight.

The game lasts as long as our moods demand on any given run, and the only rule is: when we see runners ahead, we have to past them, senior citizens on bikes included (who knew old ladies on bikes can get so competitive).

Most runners ignore us since, umm…you know, we’re the only ones that know the game is ongoing. Sometimes we would nod politely as we pass a fellow runner, but mostly “other players” just continue on with their own running.

However…once in a while… a runner will speed up…

A month ago, I was not even halfway through a 12k when I caught up with another guy. We didn’t know how far each other had already run or was planning to run. We only knew that we wanted to go fast that day. Just two runners running all out like kids. I had a big smile (albeit one contorted by heavy panting) because of the childishness of the situation. Then I looked over and he had a big grin going on as well.

Yes, it was silly, I can admit that, but it was fun as hell. And I believe that particular runner also had a blast and got in a way better workout.

Humans still seek out competition due to primal instincts related with territorial and mating needs. Whether this sense of competition is built into our DNA or nurtured through social interactions, and no matter how much we downplay the importance of external comparisons, there is always that little voice whispering things like – “No way I’m letting this old man beat me.”…”My running partner has been training hard, I can’t let him beat me in the next marathon.”…“If he can qualify for BM, I can too…he’s not a better athlete than me!?”…“I’m so excited! I ran faster than Joe or Jane for the first time!”

However, running is a sport that epitomizes “self challenge” as well. We train mainly so that we can run a minute faster or a mile further than what we ran before, and by pushing through the next threshold we often discover new elements of ourselves.

Yet we are secretly competitive as well, even though most of us will never be good enough to win anything substantial. There seems to be a need to satisfy our competiveness via both internal and external means. It’s not a bad thing. Enjoy it. Use it as an accountability system that keeps you from slacking off.

Just remember that the running community celebrates diversity…slow or fast, going for a short run or a marathon, running everyday or once a month. We embrace those who enjoy the relaxing trance of running as well as those that are shooting for the next personal record.

Running offers something unique for each individual, and the essence of running is different for each runner.

And don’t forget what the great football coach Lou Holtz once said, “You’re never as good as everyone tells you when you win, and you’re never as bad as they say when you lose.”

Don’t forget to properly fuel your runs and workouts. Here are some useful articles to help you find the right energy gels for you.

To Eat or Not to Eat Before Workouts? Energy Gels as Daily Fuel 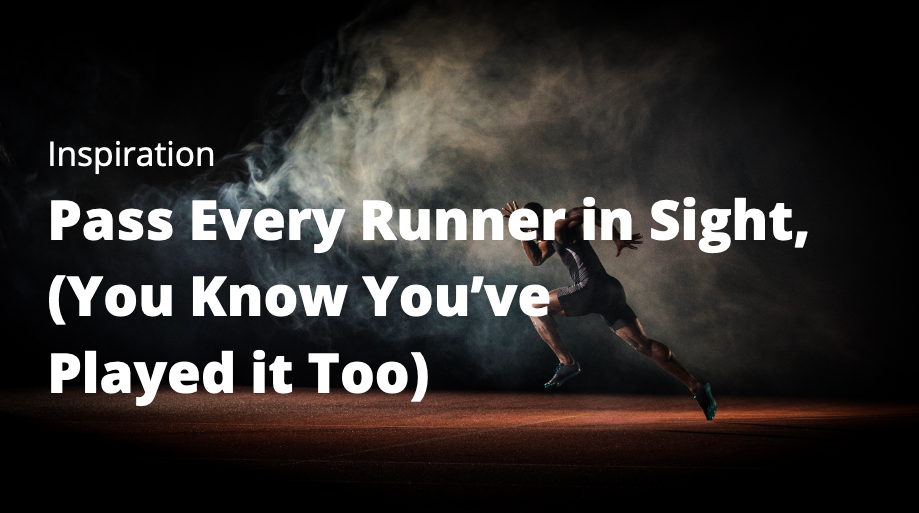