GU Roctane Energy Gel is similar to GU Original Energy Gel in terms of carbohydrate content, taste, and consistency but with three times the sodium and branched-chain amino acids. At 32 g per packet, the energy gel provides 100 calories and 21 g of carbohydrates, 30 mg of calcium and 125 mg of sodium, and an array of amino acids totaling 1425 mg.

Energy gels from GU Energy Labs have long been a staple of my race fueling. With a wide range of decent flavors that have been tried and proven effective, it’s no accident that the brand is highly popular amongst endurance athletes.

I started using its Original energy gels (big fan of the Vanilla Bean, which we have reviewed) more than a decade ago, and have stuck with them despite newer options from the company. However, with several running buddies constantly raving about Roctane, I decided to test the Strawberry Kiwi flavor on a 30 km run. Below is our GU Roctane energy gel review. 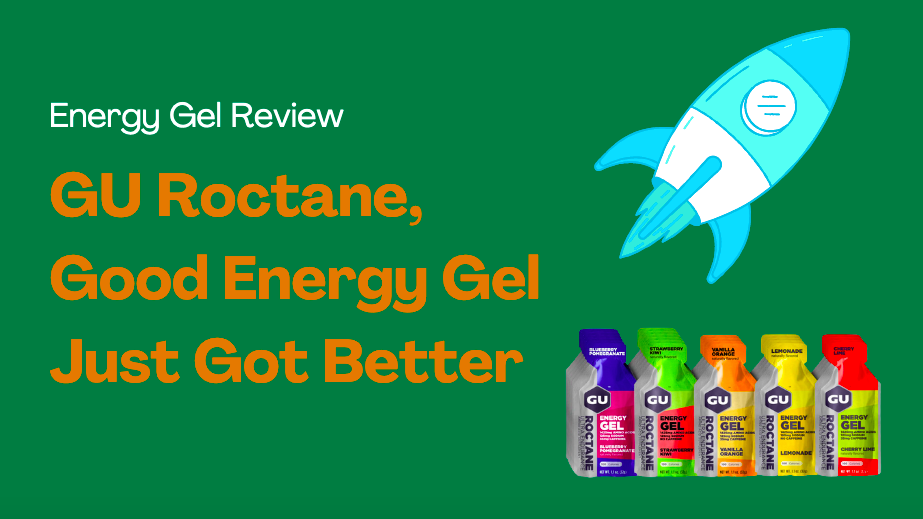 Before sharing my experience, let’s look at what GU’s website says about its Roactane Energy Gels. Below are several points the company underscored.

What are the nutritional facts and ingredients of GU Roctane?

At 32 g per packet, the Strawberry Kiwi energy gel delivers 100 calories and 21g of carbohydrates, with 6 g of sugars. Electrolyte content includes 30 mg of calcium and 125 mg of sodium. It also provides a blend of amino acids totaling 1425 mg.

There are many ingredients, with maltodextrin, water, and fructose topping the list. Lots of chemically sounding items, but they’re there to provide electrolytes and amino acids.

What are the taste and consistency of GU Roctane?

No surprises in this department. Just the same decent flavor and familiar texture as other GU energy gels. The Strawberry Kiwi flavor tastes light with a pleasant tartness kick. One of the better fruity gels I’ve tried.

How’s the packaging of GU Roctane?

Roctane gels are the exact same size and packaged the same way as Original. It fits in any running belt, vest, or pack. The standard GU affair.

I wanted to practice eating energy gels while running at near-marathon to marathon effort. I had four gels with me – two Maurten Hydrolgels and two Roctane Strawberry Kiwi gels – and took one every 25-30 minutes.

GU Original has always worked for me, and Roctane is essentially strapping on rocket boosters to a tried-and-true fuel. Taste, texture, and packaging are all familiar.

No surprises. If you’ve had GU Original gels before, Roctane should be a good option for going hard and far.

GU also recommends using Roctane as a pre-race for efforts that are less than one hour. It’s clever marketing but also sound advice. Most endurance athletes won’t need to refuel for workouts or races under 90 minutes. Still, it certainly can’t hurt to top off your carbohydrate and sodium levels before the gun goes off.

Looking for more energy gel recommendations? Here are a few energy gels reviewed by us recently.