Maurten Hydrolgel is a 40g energy gel with 100 calories and 25g of carbohydrates, with glucose and fructose at a 1:0.8 ratio as the main sources of sugar. The carbohydrates are encapsulated in a hydrogel, which can bypass the stomach to the intestines, where they can be absorbed faster and without causing gastrointestinal distress. The gel also provides 35mg of sodium and 21.6mg of calcium. It’s mildly sweet with a unique consistency similar to jello that’s not quite completely set.

With GOATs such as Eliud Kipchoge and Kilian Jornet representing Maurten, the Swedish energy gel brand, with its sleek black and white packaging, is making waves in the endurance sports scene.

In this review, let’s take a closer look at some of the company’s scientific claims, and I will share my personal experiences using the Gel100 and Caf100 for a recent race and long training runs. 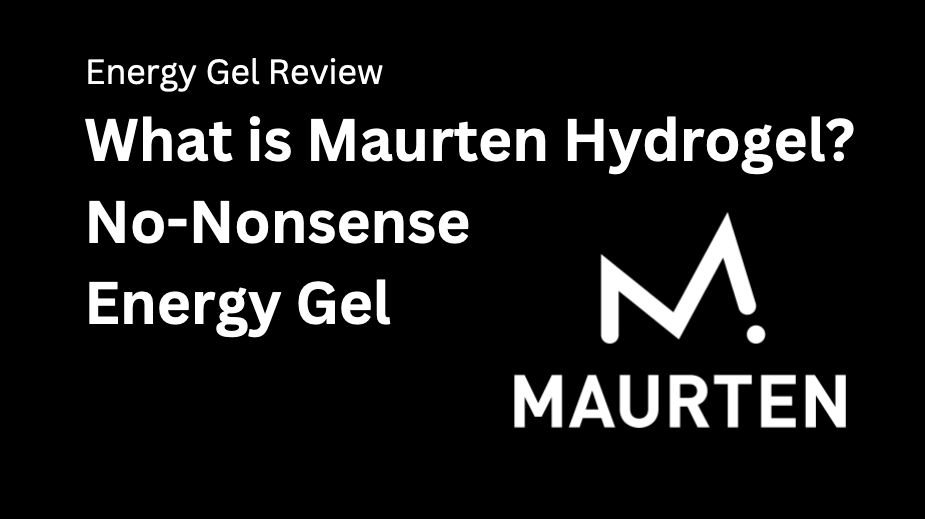 With experience in pharmaceutical research, Fryknäs knew that hydrogels are effective in delivering drugs into patients, so in theory, this technology should also work for replenishing carbohydrates during exercise.

According to Maurten, carbohydrates encapsulated in a hydrogel can bypass the stomach to the intestines, where they can be absorbed faster and without causing gastrointestinal distress.

Unlike traditional energy gels, which are essentially a syrupy mix of water and carbohydrates, the Gel100 is a “biopolymer matrix” with a 0.8:1 ratio of fructose and glucose, allowing an athlete to take up to 100g of carbohydrates an hour, the company claims.

What does this all mean? Carbohydrates are the primary energy source, meaning the more you can absorb without upsetting your stomach, the better. Maurten recommends taking four packs of Gel100 (25g of carbohydrates per pack) compared with the generally accepted practice of two to three packs.

Most energy gels in the market consist of at least ten to twenty ingredients with added flavoring, preservatives, and other nutrients such as amino acids. Looking at Maurten’s six listed ingredients, it’s pretty much just sugar, salt, and thickeners.

The company calls its energy gels “clean.” While I understand that they are trying to communicate the simplicity of the ingredients, when I think of clean, it’s natural foods with minimal processing. So, I personally would like to push back on using the word.

The caffeinated version, Caf100, is based on the same ingredients but contains 100 mg of caffeine. That’s the same amount of caffeine as one big cup of Joe.

As I said, sugar and salt. Two important things the body needs to kick ass.

I’m firmly entrenched in the “all-gels-taste-bad” camp. Despite trying many brands and countless flavors over the years, I’ve yet to find an energy gel that can be considered tasty.

Some are tolerable, but when you get to the third, fourth, or fifth pack, your taste buds and brain inevitably get sweetness fatigue. So spare me the additives and flavoring, and just give me the essentials. I’m not eating energy gels for the great taste anyways.

That’s why in the flavor category, I give Maurten two thumbs up. Not that its energy gels taste great, but the company has managed to tame the issue of sweetness overload.

I agree with Maurten’s product philosophy of providing what you need with as little nonsense as possible. The simplified ingredients deliver only a mild sweetness. Combined with the hydrogel’s unique texture (like not completely set jello), I have to say that the Gel100 is easy to stomach with almost no aftertaste.

I find the texture quite “fun” and a nice change of pace from the more common syrupy options.

The sachet is relatively standard – compact enough for most fuel-carrying gears and easy to tear open. I have no issue consuming the energy gels on the move (running and cycling). Initially, I thought the sachet was packed quite full. I was worried about “gel explosion” on longer trail runs when I had to stuff them in my hydration vest with other gears. But no such issues occurred.

A side note: I think the black and white design looks exceptionally cool and goes well with the simple ingredient, no-nonsense concept. 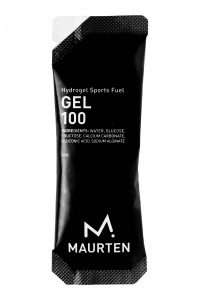 I’ve used Maurten energy gels on several training runs that were 3+ hours. However, the primary field test for this review was a 60km road ultramarathon with roughly 2000m of elevation. It took 5 hours and 34 minutes.

For races like that, my strategy is to maintain a consistent, moderate effort throughout and definitely avoid red lining at any point.

I brought six Gel100s and one Caf100s and had them in a compression running belt.

I had a hearty breakfast of honey and overnight oats an hour and a half before the start, so I was topped up and didn’t eat my first gel until an hour into the race.

Afterward, I ate one every 30-40 minutes and stuck to sports drinks and water at the aid stations. It was not an overly long race, so I didn’t need solid foods. I saved the Caf100 for the halfway turnaround for an extra boost.

Moving forward, I think Maurten will be a part of my fueling arsenal, along with other brands, just to mix up the flavors on long races. I also don’t want to rely exclusively on a more expensive option when cheaper ones I’ve used before can do the job. Due to the price, Maurten will be strictly a race fuel for me. Perhaps even save Maurten energy gels for the second half of the race when my stomach tends to be more sensitive.

Maurten made energy gels “more tasteless” instead of adding more flavoring in an attempt to solve the unsolvable gel flavor issue. In a roundabout way, the company sort of did provide a good solution. Overall, I believe in and enjoy this simplistic, no-nonsense approach.

Need a little motivation to head out the door? Here are some fan-favorites from our “Inspiration” section. Happiness happens when you run.