Not gonna lie. I had to look up “isotonic” (SAT verbal wasn’t my forte).

Isotonic solution: A solution that has the same salt concentration as cells and blood. It’s used as intravenously infused fluids in medical patients.

Okay, so its a kind of IV drip, but what does that mean for us endurance athletes?

UK-based Science in Sport (SiS) is a pioneer in applying isotonic solutions to sports fueling, and claims that its signature GO series is the world’s first isotonic energy gel. Today, let’s have a look at the science behind it, followed by some thoughts of a 36km long run fueled by SiS GO Isotonic Energy Gels. 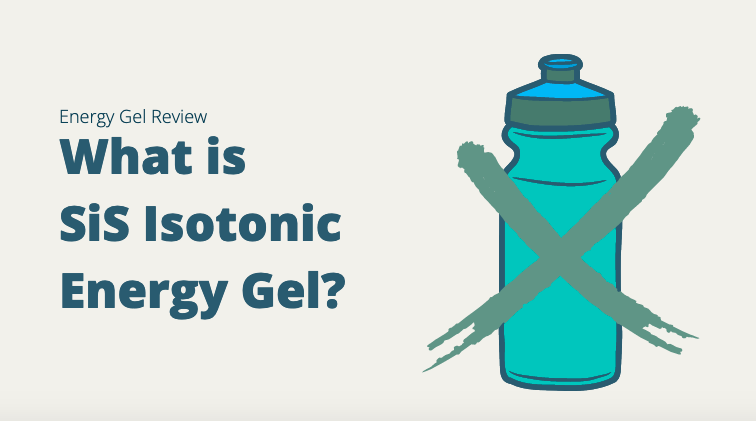 SiS has been in the sports nutrition game for three decades and the GO Isotonic Energy Gel series was launched in 2002.

An Isotonic gel, in chemistry terms, means that it has the same concentration as cells inside your body, and therefore no osmotic movement of water. According SiS, its isotonic formula “allows the gels to empty from the stomach quickly as no fluid needs to be drawn into your stomach to dilute the gel, providing fast energy.”

You can take the gels without a fluid chaser, reducing the risk of stomach bloating from over-drinking, claims the company.

The majority of the carbohydrates comes from maltodextrin. Compared with other carbohydrates, It requires less water to digest, and it’s a good way to get quick calories without becoming dehydrated.

Each SiS Go energy gel comes in a 60 ml sachet and provides the following. Not a big bang for the volume.

The main ingredient maltodextrin is almost tasteless, only about 0-5% of the sweetness of sucrose (table sugar). Combined with the relatively watery texture, the energy gel is very palatable (like thickened, fruit-flavored water).

However, a negative is that each pack of gel comes in a robust 60 ml, meaning you have to ingest more gel to get the same amount of carbohydrates and calories.

The SiS sachet is noticeably bigger than the more standard packages of GU and Hammer. I get it. Higher water content requires more sachet volume. But a pack of SIS energy gel takes up quite a bit of space, especially for runners using only a running belt. Its longer shape also doesn’t fit well in the pockets of some hydration vests.

In terms of tearing open and consuming the energy gel on the move, it’s very well designed. Despite the watery consistency, it wasn’t messy and no accidental spillage occurred.

The hilly route was an 18km out and back, which I ran twice. It was just under 1000m in elevation and took just over 4 hours. I maintained an easy-to-moderate pace and brought 4 SiS GO Isotonic Energy Gels (flavors: 2 x Pink Grapefruit and 2 x Tropical).

I had my usual pre-long distance breakfast of overnight oats with honey. I ate my first gel 40 minutes into the run and took a gel every hour afterward.

So hype or the real deal? It lies somewhere in between.

It’s an effective gel that fueled my long training run and caused zero stomach issues. However, due to the larger packaging, I would reserve SiS for longer-distance challenges when I will have a hydration pack or vest.

For marathons, when I only wear a compression running belt, carrying 6 to 7 SiS energy gels feels bulky.

I also found that eating a full 60 ml gel at a higher intensity (running at marathon pace) is a bit of a chore. But at a slower ultramarathon pace or moderate-effort cycling, SiS is an excellent option.

SiS is lighter and more watery, making it a refreshing fuel for hot summer adventures and workouts.

Overall, I’m a fan of the isotonic energy gels. Most gels taste bad to me, but this is very palatable and contains all the body needs. Using maltodextrin as its primary source of carbohydrates certainly helped soften the sweetness.