The Devil Made Me Do It

Rod and I connected via our running blogs in 2012. Although he lives in Toronto and me in Taiwan, we have supported each others’ running missions over the years. It’s great to have him guest blog for RUNIVORE and update us on his latest goal to qualify for Boston Marathon 2017. 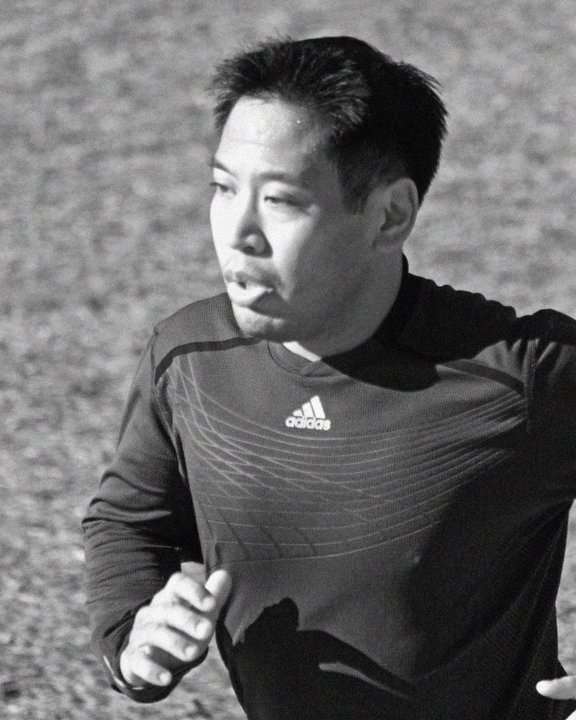 We’re off hills this week and my mood immediately lifts. Speed training this morning appears more humane. 1 – 1600 metre at half marathon pace, a 2 minute rest, then 1 – 800 metre at 10k pace. And then do it all over again.

The oval that we tread today is 800 metres of dirt in the heart of the city core. It’s dark out, casting its slight undulations in shadow, confounding further my already naturally clumsy gait. The unsteady terrain is good for runners they say. It helps strengthen and stabilizes muscles they say.

It’s late in the year and only two of us arrive for the speed drills. Me and one of the coaches, the one nicknamed — lovingly — Lucifer. The crew that adopted me a few months ago is comprised of very highly accomplished and fast runners. Many of whom have already qualified for Boston and are deservedly resting up before their real training begins.

I have been running for 5 years now. I have completed a couple of ultras and a dozen marathons. Yet I remain, by far, the least accomplished of the crew. I have not run multi-day ultras. I have never won a race, let alone one that took place running up and down a chain of mountains. And I have yet to qualify for Boston — but here at least I am getting closer and closer to joining my friends.

And so it is the 42.2k distance that has become my focus. With the goal race being in my hometown next May. I know the route. I know what to expect. And I will have the support of family and friends to will me through the pain and fatigue.

For now though I must work hard to keep my momentum going. That’s why I’m here. That’s why I find myself on this still dark morning, running with Lucifer. She reminds me about pacing. She sketches out the plan to get me stronger, to get me faster. I am not a naturally fast runner. And to compensate I always go out too fast. It’s not intentional. But in the latter stages of a race my compensations are damaging. After the first 1600 metres Lucifer reminds me of this as well.

She’s right of course. Which is one of the reasons why she is one of the much revered and much appreciated coaches of our crew. It is my job to listen and to execute.

And I do. Willingly.

The second half of the drills go much easier and much faster as a result. In time the pace will get faster. The distances will once again build. But for now I’ve done well. For now I’m very pleased.

My goal race is still half a year away. But I’m already getting ready.