As the saying goes: “Mimicry is the highest form of compliment.” One way the human race continues to evolve and improve is by watching what the very best of us in a certain field are doing and try to copy them.  In this article, I will look deep into the internet and dig out energy gel recommendations by some of the top athletes in endurance sports. I’ll keep it to running, biking and triathlons.

We must remember that there are limits to how much we can improve; I’ve been watching Eliud Kipchoge running 2 hour marathons and I’ve been trying to to copy everything he does, but I must still be missing something. 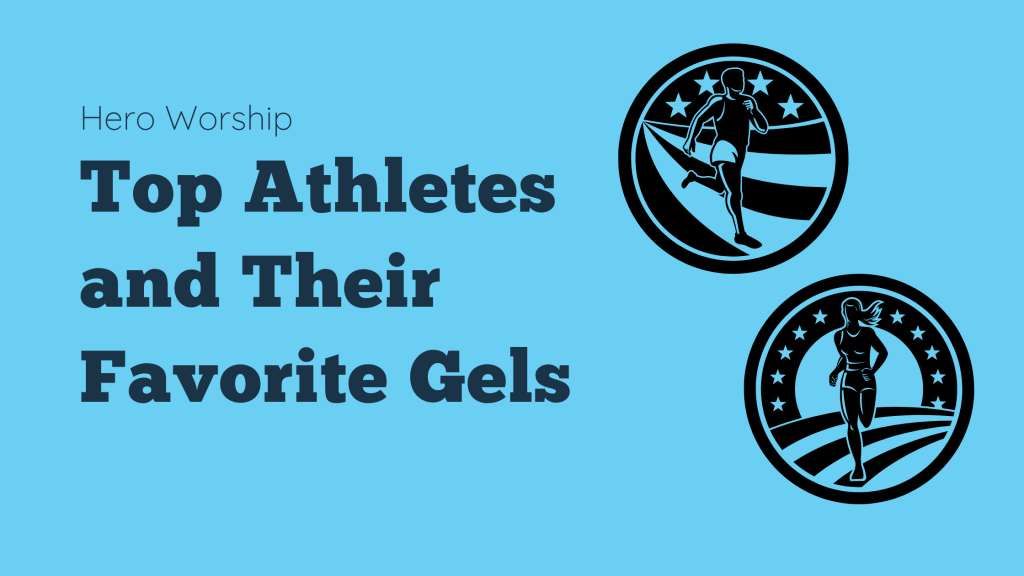 While we do plan a more in-depth series of interviews with top athletes and their race fueling strategies, for this article we will rely on a survey of past recommendations, photographic evidence, and other web-based evidence.

Top Ultra Runners and Their Energy Gels of Choice

Why not start with the king of ultra running and recent Hardrock winner / record breaker. In May of 2020, Kilian announced via a tweet his nutrition sponsorship with Maurten (Read our Maurten Review). 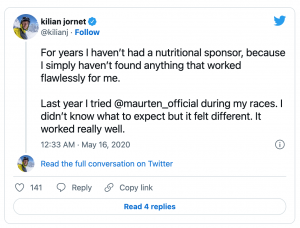 Prior to the announcement, there is evidence of Kilian using other energy gels during his epic 24 hour elevation challenge where he consumed 40 packs. He specifically named Spring Energy Gels and Mountain Fuel jellies as the fuel for his skiing adventure.

Moving over to the North American side of the Atlantic we have our own ultra running legend and Western States record holder. Jim is a Clif sponsored runner and used their Energy Bloks when flying through the course in 2018.

It’s worth noting that Clif is also the sponsor of another ultra legend Scott Jurek.

One of the biggest ultrarunning badassess that has ever lived and the 2020 overall winner of the epic Backyard Ultra event. Courtney is a Honey Stinger (read our Honey Stinger review) sponsored athlete with her favorite product being the fruit smoothie energy chew.

Honey Stinger is promoted by many notable athletes including Darcy Piceu, Ashley Brasovan, and Kaci Lickteig.

Speaking of legends, Ann Trason is the godmother of utlra/trail running, setting 20 world records in her long spanning career. GU energy gives Ann credit for helping contribute to the initial design of their gooey running fuel. She was the neighbor of the founder and helped guide the direction for the packaging of the gels. Here’s her go to early flavor – Just Plain.

We should say GU has also helped fuel other esteemed athletes such as Mike Wardian who averaged 2:45 for 7 marathons in 7 days on 7 continents. It also played a role in 100 mile treadmill world record holder Taggart Vanetten’s quests for glory.

So if you’re looking for an energy gel to help you run like Kilian, Courtney, Jim, Eliud or Ann – see the options above. You may want to also take a look at their training schedule and start putting in some serious training mileage.