Tour de France is one of the most grueling endurance events on the planet. It features 21 days of racing over 23 days (2 rest days). It covers 3350 kilometers in distance and goes through the Alps and Pyrenees. Top finishers will have burned about 120,000 calories or about 6,000 calories per stage with the toughest stages requiring up to 8,000 calories. That’s a lot of energy bars, energy gels, coca colas, sports drinks. In this article, we want to check out the energy gels of choice of the top finishers in the 2022 Tour de France. These top athletes are surrounded by sports nutrition experts that carefully plan out their diet for the duration of the tour. This article about Chris Froome’s meticulous fueling strategy in 2016 sums up pretty well just how detailed the pre, post and during racing plans are. The team directors would not risk losing the chance of winning by settling for a second rate energy gel during their quest. 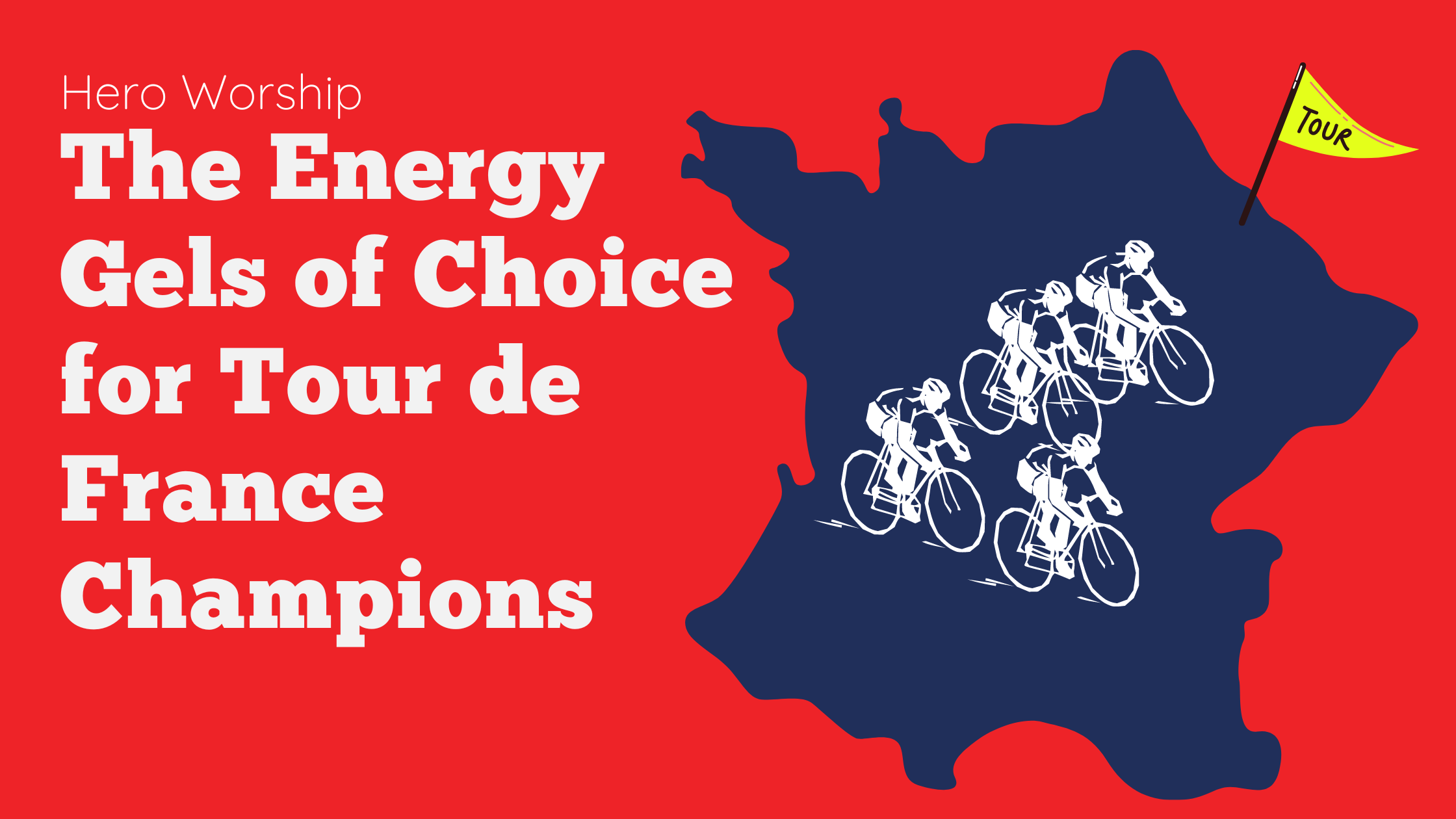 The 2022 event was one of the most fun tours to watch. The favorite Tadej Pogacar held the yellow jersey early in the tour and looked like he was going to repeat his championship performance from the year before. On stage 11 eleven, Pogacar cracked during one of the climbs, was overtaken by Jonas Vingegaard and could never, despite giving it all, regain the top spot. In the end the top three spots in the Tour de France 2022 ended up being:

One other player worth mentioning from the race was Wout van Aert also of Jumbo Visma. He not only helped Jonas through many of the stages by guiding and leading him up the big climbs, he also managed to win the green jersey – most overall points collected during the tour.

Here’s what the podium would look like if the energy gels instead of the riders got to take the podium after the final stage:

I guess the product lived up to its name. Never Second is a pretty new product on the scene and as of the writing of this article it still has not been reviewed by Runivore. We’ll be sure to give it a try soon. The brand was founded in 2020 by four competitive endurance athletes who believe that:

“if something cannot be scientifically verified through multiple research studies, it should not be in our products.”

Congrats to Never Second on a job well done.

Enervit is an established player in the field of nutrition. They are based in Italy and have been a supporter of Giro D’Italia since 1973. They started supporting UAE Team Emirates in 2020 and thanks to Tadej’s awesome career over the last few years, they are often on the podium of top nutrition companies.

SiS or Science in Sport, was reviewed by Runivore Will and commended for their isotonic qualities. It’s a great energy product that requires little or no water while consuming during events. Congrats to SiS on the third place podium spot in 2022 Tour de France.

We’re looking forward to next year’s Tour de France, let’s see if this year’s nutrition champions can remain on the podium.